Big month for Charlie Plummer, as the young star of “Lean on Pete” has lead roles in two critically-acclaimed films making their way to DVD and Blu-ray: “Words on Bathroom Walls” (Lionsgate) stars Plummer as a teenager overcoming a mental illness diagnosis to chase his dreams of becoming a chef. The drama’s impressive ensemble includes Taylor Russell (“Waves”), Andy Garcia, AnnaSophia Robb, Beth Grant, Molly Parker and Walton Goggins. In the YA adaptation “Spontaneous” (Paramount Home Entertainment), Plummer and Katherine Langford (“13 Reasons Why”) play high school seniors who manage to find love despite the fact that many of their classmates seem to be unexpectedly exploding.

The team behind the global anime smash “Your Name” returns with another transcendent love story in “Weathering With You” (GKIDS/Shout Factory), an epic saga of rain, young love and potato-chip fried rice that includes the English-language dub that features the voices of Lee Pace, Alison Brie and Riz Ahmed. Director Makoto Shinkai once again marries breathtaking visuals with a brain-bending plot, and the results are swoon-worthy. This release and the deluxe Collector’s Edition (a swell gift for the adult-animation fan in your life) features the film in 4K UHD and Blu-ray, with an additional Blu-ray that includes a feature-length making-of documentary, along with a soundtrack CD, 104-page book, stickers and much more.

Also available: Joseph Sheridan Le Fanu’s influential horror tale has been filmed many times, but this latest “Carmilla” (Film Movement), directed by Emily Harris, is an exquisitely Gothic coming-of-age chiller; a Latvian teenager is forced by circumstance to quickly become the head of household in Berlinale prize-winner “Mellow Mud” (Corinth Films); “Hero on the Front” (Omnibus Entertainment) tells the story of Anibal Milhais, a Portuguese hero of World War I; reclusive academic Gemma Arterton opens her home to a displaced child during WWII in “Summerland” (IFC Films), and the experience unlocks a connection to her hidden past.

In Kôji Fukada’s thriller “A Girl Missing” (Film Movement), a home-care nurse’s life begins to unravel after it is revealed that the daughter of her employer has been kidnapped by the nurse’s nephew; an American backpacker (Nat Wolff, “Body Cam”) could spell trouble for a Norwegian village in “Mortal” (Lionsgate), from director André Øvredal (“Scary Stories to Tell in the Dark”); a Korean attorney comes up with an unorthodox plan to save a failing animal park in “Secret Zoo” (Capelight).

Synthesizers are “Le Choc du Futur” (Cleopatra Entertainment) in this tale of the 1978 music industry in Paris and the disruptive arrival of electronic sounds; shot in stunning black and white, “The Chronicles of Melanie” (Corinth Films) tells a brutal tale of survival set against Stalin’s ethnic cleansing of WWII-era Latvia; two shipwrecked knights on a mission of religious conversion face off against each other in the bloody medieval tale “Sword of God” (Film Movement).

Also Read: ‘Your Name’ Director Makoto Shinkai’s ‘Weathering With You’ Acquired by GKIDS

“The Donut King” (Greenwich Entertainment) contains multitudes — It’s an American success story; it’s a saga about immigrants helping to make this country greater; it’s a look at refugees making their way in a new country and extending a hand to allow others to do likewise; it’s a story about Southern California and cars and food and independent ownership taking on the big national chains. Director Alice Gu tracks the saga of Ted Ngoy, a Cambodian refugee who became a successful donut shop owner, who expanded his empire by helping fellow refugees to open their own shops. It’s a dizzying saga of ups and downs and one of this nation’s most beloved sweet treats, and a fascinating tale of sacrifice, success and hubris.

“Jimmy Carter: Rock & Roll President” (Greenwich Entertainment) examines how the post-Watergate White House became a haven for American roots music; taking on the controversial subject of whether or not mammograms lead to an over-diagnosis of cancer, “bOObs: The War on Women’s Breasts” (Cinema Libre) examines other testing methods; the heartbreaking Alzheimer’s documentary “You’re Looking at Me Like I Live Here and I Don’t” (IndiePix Films) celebrates its 10th anniversary with a new DVD reissue.

“The Adventurers of Modern Art” (Icarus Films Home Video) takes viewers on an animated exploration of some of the 20th century’s most pioneering creators; Werner Herzog’s latest documentary “Nomad: In the Footsteps of Bruce Chatwin” (Music Box Films) explores the life of his friend, the author and explorer; treatments for traumatic brain injury are examined in “Quiet Explosions: Healing the Brain” (Cinema Libre); “Harry Chapin: When in Doubt, Do Something” (Greenwich Entertainment) examines both the musicianship and the philanthropy of the legendary activist singer-songwriter.

Most attempts at movie franchises based on video games sputter out after a single outing, but The “Resident Evil” Collection (Sony Pictures Home Entertainment) celebrates the six films in the series with this lavish release that includes 4K UHD remasters of all the films, as well as an unrated extended cut of “Resident Evil: Apocalypse,” rare archival featurettes, hours of special features and much more.

Also available: Festival fave “Hosts” (Dark Sky Films) warns that inviting the neighbors to Christmas dinner could go murderously wrong; if you like your genre titles with a lot of hyphens, 1982’s “Burst City” (Arrow Video) is a punk-rock-musical-sci-fi-action cult classic; one of the first films to pump up the superhero volume, “Kick-Ass” (Lionsgate) gets a 4K reissue; a kidnap victim discovers she may be the victim of a twisted psychological experiement in “Sleepless Beauty” (Dread).

Peter Cushing returns as Van Helsing in the Hammer horror hit “The Brides of Dracula” (Scream Factory), featuring a new 2K scan and audio commentary; 1971’s “The Other Side of Madness” (The Film Detective) sprinted onto screens to be the first cinematic depiction of the Manson murders; there’s a plague in the streets and a monster afoot in the Korean import “Monstrum” (Shudder/RLJE).

Award-winning Hong Kong horror tale “The Untold Story” (Unearthed Films) just might put you off pork dumplings for life; Kodi Smit-McPhee might be Earth’s only hope in the dystopic future of “2067” (RLJE Films); in “Lake Michigan Monster” (Arrow Video), low-budget regional filmmaking meets affectionate genre tribute; decades before he went down Fury Road, “Mad Max” (Kino Lorber Studio Classics) was a motorcycle rider out to avenge the death of his family in the 1979 original, available for the first time in 4K.

Four years have passed, but the zombies are still everywhere in “Train to Busan Presents: Peninsula” (Well Go USA Entertainment); a devout community fights back against disease, devastation and “The Curse of Audrey Earnshaw” (Dread); infamous cult legend “I Spit On Your Grave” (Ronin Flix) gets the deluxe treatment in a new box set, including a new 4K scan and restored mono soundtrack for the original film, plus discs devoted to its sequel and a feature-length documentary, along with mini-posters and promo magnets; He Came from the Swamp: The William Grefé Collection (Arrow Video) celebrates the wonderful, awful oeuvre of one-of-a-kind Florida auteur “Wild Bill” Grefé, including legendary “Jaw” rip-off “Mako: Jaws of Death” and seven more along with commentaries, documentaries and plenty of extras.

On the heels of their extraordinary Ingmar Bergman box set in 2018, The Criterion Collection celebrates another legendary 20th-century filmmaker with the handsomely mounted Essential Fellini. It’s not an entirely complete set — “Casanova” and “Ginger and Fred” are some of the ’70s and ’80s titles that didn’t make the cut, for whatever reason — but fans will devour the new 4K restorations of 11 of the 14 features included. Among them, the new digital restoration of his short film “Toby Dammit,” the hours and hours of documentaries and commentaries, and two new books, featuring essays by, among others, critics Stephanie Zacharek and Bilge Ebiri and novelist Colm Tóibín. Put this at the top of the gift list for the cinéaste in your life.

Also available: No less essential to the history of cinema is that wascally wabbit whose exploits are celebrated in the Bugs Bunny 80th Anniversary Collection (Warner Bros. Home Entertainment), boasting 60 theatrical shorts and a collectible glitter Funko, the perfect tribute to this drag icon; an often-neglected corner of film gets the spotlight in the five-disc The Jewish Soul: Classics of Yiddish Cinema (Kino Classics/Lobster), featuring ten titles, ranging from legendary classics like “The Dybbuk” to more obscure programmers from the 1930s; Alfre Woodard makes an early screen appearance in 1984’s organized-labor classic “The Killing Floor” (Film Movement Classics), recently restored to 4K; for two exceedingly different looks at addiction, check out the new Blu-ray of Billy Wilder’s Oscar-winning “The Lost Weekend” (Kino Lorber) and the 20th anniversary 4K of Darren Aronofsky’s “Requiem for a Dream” (Lionsgate).

The “Riders of Death Valley” (VCI Entertainment) saddle up for this legendary 15-chapter Western serial; “Moonstruck” (The Criterion Collection) remains a luminous standard among romantic comedies, and this new Blu-ray features an essay by critic Emily VanDerWerff; ecological space saga “Silent Running” (Arrow Video) gets new commentaries, interviews and visual essays alongside a 2K restoration approved by director Douglas Trumbull; it’s a hit and miss collection of sketches to be sure, but there’s a lot that’s funny in the wild and wacky “Amazon Women on the Moon” (Kino Lorber).

Also available: The new Kenneth Branagh adaptation may have been pushed back, but that just gives you more time to revel in David Suchet’s Poirot solving the “Death on the Nile” (Acorn); “The SpongeBob Musical”: Live on Stage! (Paramount/Nickelodeon) dazzled Broadway audiences before becoming this acclaimed TV special; before he was a talk-show host, he was a no-nonsense superhero, as “Space Ghost & Dino Boy” (Warner Archive Collection) reminds us.

Troubled married couples swap partners platonically — or do they? — in “Monogamy”: Season 1 (UMC); not to be confused with the similarly-titled film of the same name, “The Nest” (Acorn) is an acclaimed thriller about a couple and their surrogate; after the baffling second season, “Westworld”: Season Three: The New World (HBO) bounced back with an exciting new set of episodes that still managed to maintain the mystery. 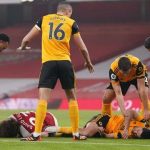 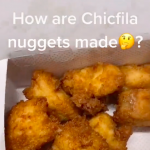