WASHINGTON — Protesters defaced the statue of Andrew Jackson in Lafayette Square on Monday Night as they attempted to topple it outside the White House, according to the Interior Department and media reports.

The Jackson statue remained on its pedesta;, according to the Associated Press. Videos posted on social media showed that the protesters had climbed on the statue and tied ropes around it, then tried to pull it off its pedestal, the AP said. 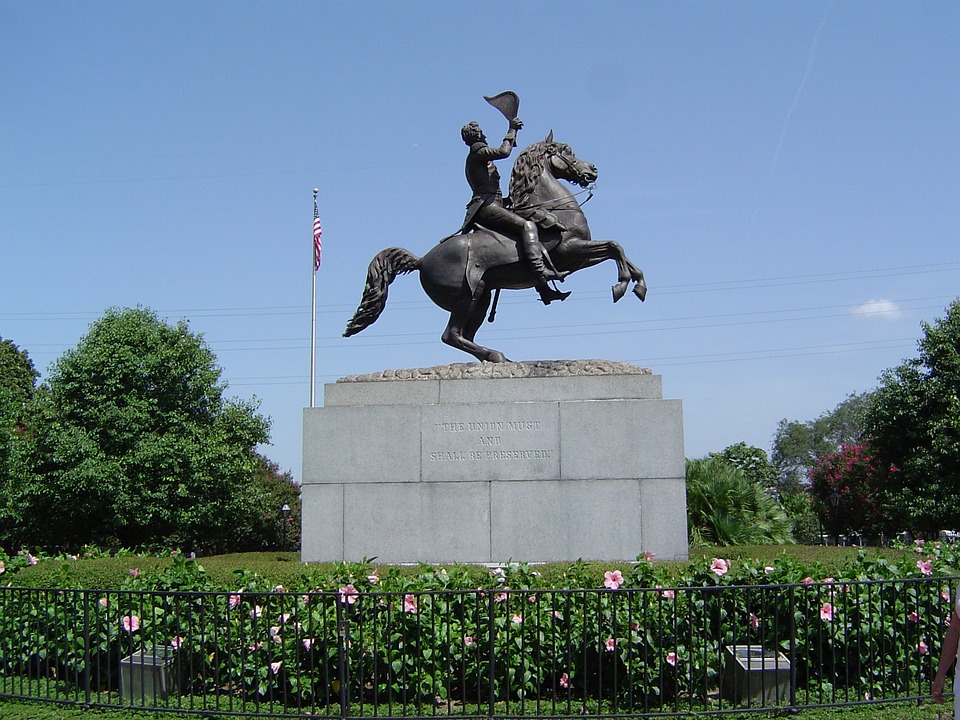 When asked about reports of pepper spray being used in Lafayette Park, a National Park Service spokesperson told NBC News: “I am still gathering information, but it is accurate that pepper spray was used to disengage the protesters from the statue and clear the area.”

Interior Secretary David L. Bernhardt said in a statement that he had just left the scene at Lafayette Square “where another so called ‘peaceful protest’ led to destruction tonight. Let me be clear: we will not bow to anarchists. Law and order will prevail, and justice will be served.”

He added that the Jackson statue has been “defaced by criminals who sought to topple the statue recognizing the seventh President of the United States. Law enforcement officers ensured that this would not happen.”

The U.S. Park Police with assistance from Washington, D.C.’s Metropolitan Police Department and the Secret Service tried to prevent its destruction of the statue, a spokesperson for the Park Police told NBC News.